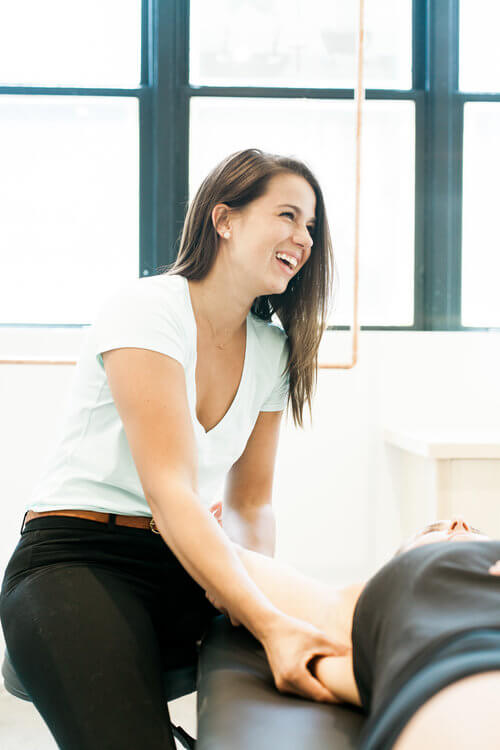 Blair's passion for rehab began in her home town of North Bay, Ontario, where she worked as a physiotherapy assistant throughout her last years of high school. She then went on to complete a Bachelor of Science in Kinesiology at Dalhousie University. During university, Blair was the head student therapist for the women's varsity volleyball team, as well as working basketball, football and track and field events.

While in school, Blair also obtained her personal training certification. She has worked with a wide variety of athletes and everyday people looking to move faster, perform better, and come back from injuries stronger. She then went on to find Olympic lifting where she now competes at a provincial level. Later, after moving to Calgary, she began competing in CrossFit.

Her love for human kinetics, and the newfound enjoyment of throwing a barbell around, led Blair to purse a diploma in Massage Therapy at Mount Royal University. She believes in a hands-on, active approach to injury rehab and improving performance.